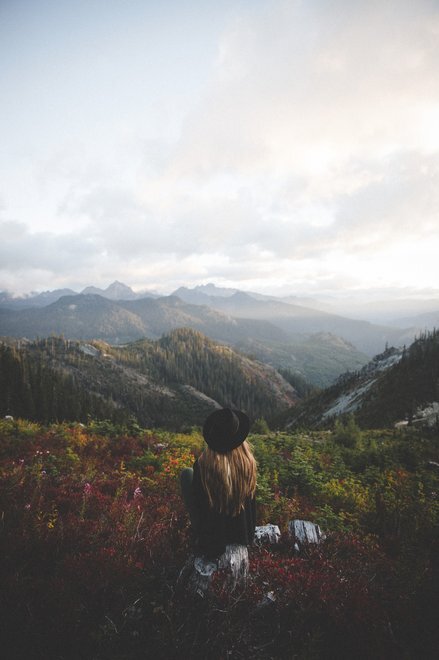 Whether you’re embarking on an Eat Pray Love–inspired pilgrimage, or jet-setting to a faraway land sans plus-one to shake up your everyday routine, every woman should experience the joys and freedom of traveling alone at least once. “The number one common misconception about solo travel is that you get lonely,” says travel writer and expert Lesley Murphy, who documents her experiences abroad via her blog, The Road Les Traveled. “Let me tell you: One is not the loneliest number. I meet more people when I’m traveling by myself than when I’m traveling with a buddy or group. I’m forced to break out of my comfort zone. Also, I can be extremely selfish in times like these: going where I want, when I want, all in the name of freedom.” Bidding adieu to 2016, we’ve rounded up the best spots to travel to alone in 2017, so you can start mapping out your vacation time now.

Thailand
“Thailand has come out of a tough time,” says Pauline Frommer of famed travel guidebook and media company Frommer’s. “Two years ago, people weren’t visiting Thailand because of the military coup, but I think any fears of danger have now lifted.” The stunning country has long been a post-college backpacker destination, but 2017 likely promises a major marketing shift toward more experiential-based adventures over its former budget-friendly draw. Given the sudden death of King Bhumibol Adulyadej in mid-October—one of the longest-reigning monarchs in Thai history—the entire country recently entered into a yearlong mourning period, during which civil servants are expected to wear black. Despite this setback, tourists can expect to be welcomed into the country with open arms—especially in late 2017. “In Thailand, there’s a tradition of people traveling alone being seen as pilgrims, as seekers,” says Frommer. “Those traveling alone are often treated with the respect accorded to these seekers. Anyone going to Thailand for the first time must see Bangkok, a wondrous city both for its historic sights and temples, as well as for the modern city. Chiang Mai and Chiang Rai and the smaller towns surrounding them are also well worth visiting.”

Canada
Post-election getaway spot or otherwise, Canada is a beautiful, friendly country to visit alone year-round, with 2017 marking a special celebration for the Great White North. “In 2017, it’s the 150th anniversary of the nation of Canada as a whole, which is going to get everyone into Canadian national parks for free next year,” says Frommer. For wilderness by day and urban culture by night, check out the west coast’s jaw-dropping gem, Vancouver. “No language barrier, no problem. The amount of wilderness to get lost in—or friendly Canadians to befriend—are endless,” says Murphy. “Another plus is that if you’re American, your U.S. dollars will go far here considering the Canadian dollar has depreciated over the past year. That’s a win for your bank account!” Heading east, the city of Montreal will be celebrating its 375th anniversary, promising a celebration throughout the year of activities, special art exhibitions at the McCord Museum and Montreal Museum of Fine Arts, and theatrical performances designed to educate residents and tourists alike about the city’s unique culture and history.

South Korea
In 2018, PyeongChang, South Korea, will play host to the XXIII Olympic Winter Games, soon opening up the floodgates for a wave of increased international tourism. “South Korea is in big gear-up mode for the Olympics, so now they’re really trying to become more tourist-friendly and putting out a slew of information,” says Frommer. Because the language barrier may feel profound for most English-speaking travelers, time your trip around major tourist draws such as the Lotus Lantern Festival, held annually in honor of Buddha’s birthday (this year falling in late April). The cultural ceremony sees travelers from across the world gather in the streets of Seoul to light thousands of lanterns into the sky, illuminating the beautiful city. Solo travelers in 2017 will beat the Olympic rush—and fall in love with the country’s cherry blossoms that color South Korea’s lush green spaces.

Colombia
Steadily moving away from its former dangerous reputation, Colombia has quickly become one of the most up-and-coming hot spots for adventurous solo travelers. “[Colombia] is a wonderful country with lots of variety—the Andes Mountains, gorgeously preserved colonial port cities, coffee plantations, jungles—and is considered safe after many decades of being off the beaten path,” says Frommer. The country plays host to some of the world’s most culturally rich festivals, including the Blacks and Whites Carnival (named as one of the Representatives of the Intangible Cultural Heritage of Humanity by UNESCO), Medellin’s Festival of the Flowers, and the Barranquilla Carnival, which boasts four days straight of music and dancing. “Colombia is so beautiful and is getting away from its questionable past it once had,” says Murphy. “The coastal area of Cartagena de Indias is full of people ready to eat, drink, and dance the day/night away, so social butterflies may want to take note of this.”

France
“A lot of people are scared to go to Paris because of the attacks,” says Frommer. “As a native New Yorker, I can tell you that cities bounce back from terrorist attacks, and now is the best time to go because they’ve lost 30 percent of their tourism.” From countless museums and scenic views to mouthwatering French fare and bustling cafés on every corner, solo travelers will never feel alone in the picturesque City of Light. “Paris is always a great place for a woman to go,” says Frommer. France is also home to Nice, one of the most populous cities in the country, offering up stunning white sand beaches and jaw-dropping panoramic views. “Nice was also hit, and is also suffering,” says Frommer. “[Nice has the] second most museums after Paris, and is a gateway to the Riviera—great food, gorgeous city.” Solo wine lovers looking to decompress should head south to Bordeaux, one of France’s most vibrant and seemingly untouched port cities. Tastings are a must, and friendship is only a hop, skip, and a clink away.